Day 3 - Thursday 2 May
The much anticipated Steve Dudley day, 'The Wild, Wild, West'. We didn't know what to expect from the day really, hopefully we'd see some new areas and learn more about the wildlife of Lesbos. What a day it turned out to be, depart at 08:30 and return at 19:30, certainly a full one! Before I talk a bit about the day I would recommend anyone doing one of these days with Steve, he has a wealth of knowledge about the island and is happy to pass this on. The day is pitched to the participants and all whether a novice birder, experienced birder or a partner along for the day would benefit. I have led countless guided events for people and without doubt Steve has an excellent manner with people, takes time to explain things and and has an overall objective of making sure all participants get the most from the day.

We set off and Steve told us it was to be the Meladia Valley, bingo straight away a new area. No hanging around straight to Erosos and the start on the road through the valley. First stop was a seemingly deserted and quiet gully sloping away from the road. It wasn't deserted, rock nuthatches were busy, cinereous buntings were feeding and cretzschmar's buntings seemed to be everywhere. Throughout the 10 days we saw many of these in contrast to the last trip when we only had 1 in the rain. Hirundines were all around. I should say at this stage I'm not listing every bird seen, my primary objective from the trip was to see things well and not build a large list. Although I did want to add to my Lesbos count.

Some species seemed such as black-eared buntings seemed to be everywhere, in fact they were.

We moved on, with stops here and there, to the ford. Here we had warblers singing and it is truly a little oasis. Purple heron flew up from the water. Red-backed shrikes were everywhere. During the day we had countless shrikes, mainly red-backed with smaller numbers of woodchat. 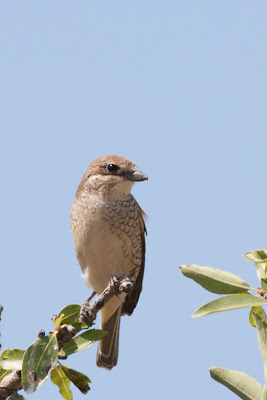 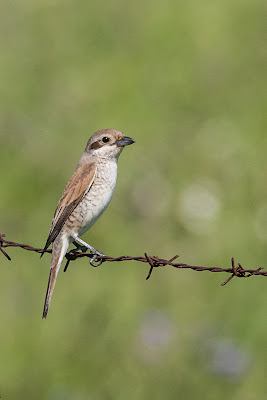 A walk  of a couple of km delivered a short-toed eagle overhead, only a record shot though. 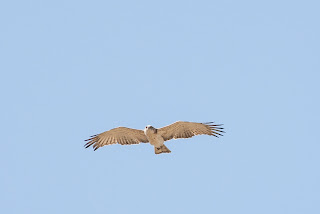 Great views of cretzschmar's bunting (one of my favourites and never tire of seeing them). Then one of the special targets a roller! 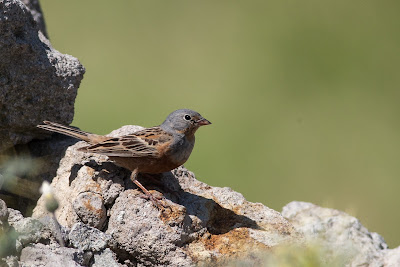 Next we drove to the chapel and stopped for a loom around, in Steve's words never, never, never drive past with out checking this small area of tree's. Again it turned up trumps with spotted flycatcher flitting around and more red-backed shrikes, then a different bird - red-breasted flycatcher! One that has eluded me over the years and my first new one for Lesbos on this trip. 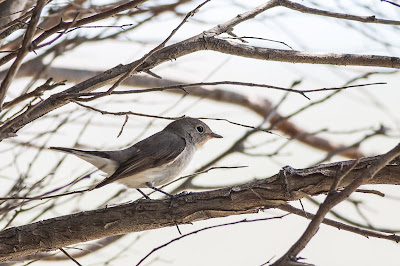 It was getting warm by now so onto Sigri and the Australia Taverna for lunch. A superb spread of salads and seafood, highly recommended. It was also an opportune break as the temperature was rising well into the 30's, this was to be the pattern towards the end of the holiday. Longer lunches became the norm!

Then onto Sigri fields and Faneromeni ford. A special surprise for us was a roosting nightjar giving stunning views, but, very hard to photograph with moving twigs going across it, plus I lost the majority of these images with my CF card disaster. 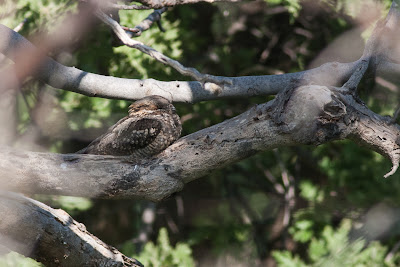 The lower ford gave us a temminck's stint and wood sands, plus a bonus spotted crake. There had been reports of a great snipe but sadly word came that it had been spooked by photographers. Not getting into the debate other than to say bird welfare is paramount and chasing/spooking to get a photograph is totally unacceptable to me. Plus the disturbance means others do not get views. 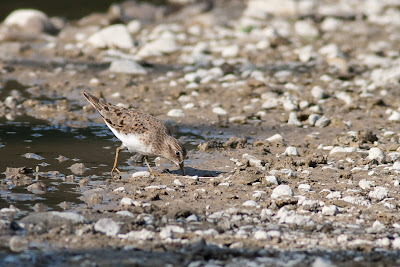 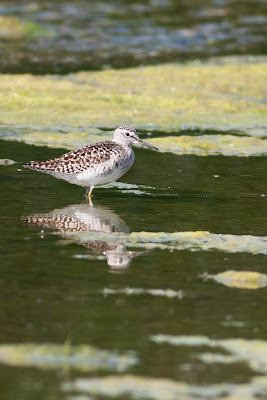 Last stop of the day was to fields just outside Sigri where a rufous bush robin had been reported, we dipped.

Back at the hotel we had a short wait for our car to be delivered.

We had enjoyed the area so much we returned twice later in the holiday. At this stage perhaps should say it was a quiet year from the migrant point of view, with the really good weather many had just carried straight through with none or minimal stops.

I had taken my iPad to review images whilst away and when back at the hotel downloaded the card to have a look, somehow had over 1000 images from this day and the previous one. When I am away I have a policy of using a new card everyday, how valuable this was to prove as when I got home the card had >900 corrupt images. It was a new 32gb 800x. Luckily as I was shooting on fast burst they were all duplicates of other images, sadly though I don't have the chance to select the best. Sent it back to Amazon, no messing money refunded. Camera now set up for RAW in slot 1 and JPEG backup in slot 2! 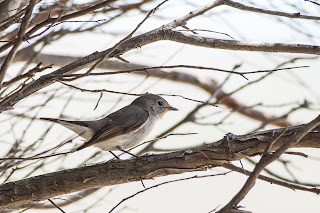 The red-breasted fly proved to be a challenge with the light and twigs, so just a record image.

This cretzschmar's bunting (Emberiza caesia) kindly sat on a rock as we walked along the track from the left hand side of the Meladia ford. 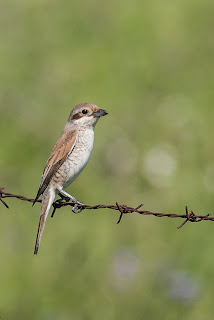 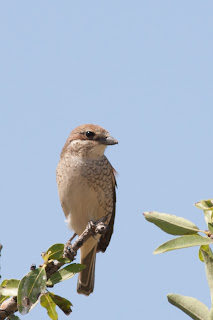 The short-toed eagle flying over us, constantly gaining height. 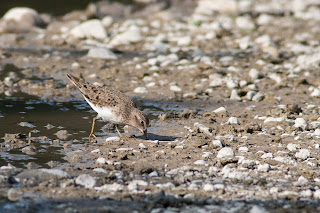 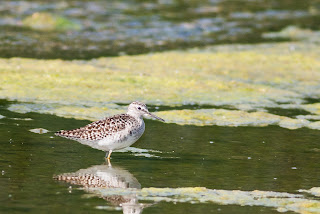